You are here: Home / Archives for Kindle Unlimited eBooks 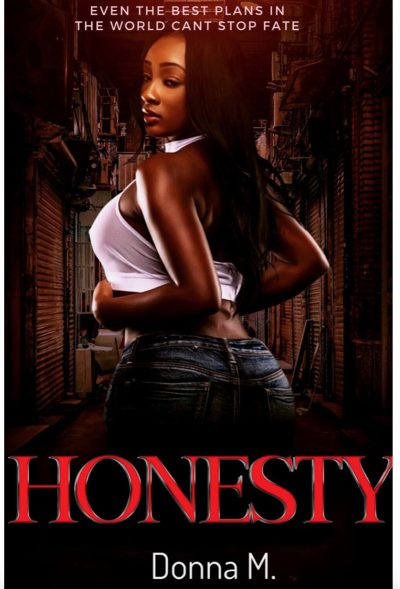 This is the coming of age story of Honesty Love. Honesty is a beautiful young lady that is used to a luxurious lifestyle. She is the daughter of a highly recruited football player and granddaughter of one of the most popular Indian Chiefs in New Orleans. Honesty has no real choice but to be a shot caller. After so many setbacks in life and nearly hitting rock bottom, she finally sees a way to really make a mark in the city.

This Fiction book is available in these Formats: eBook 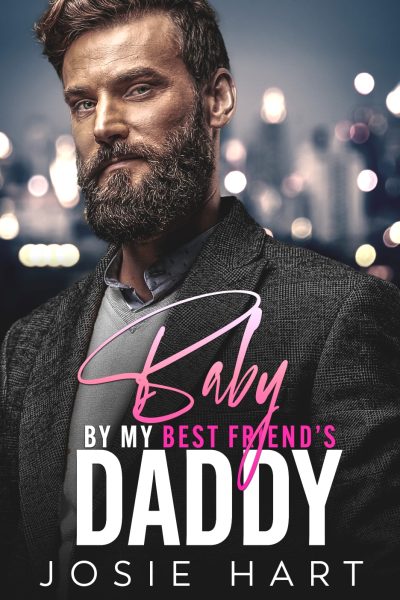 Baby by My Best Friend’s Daddy by Josie Hart

I’m a dedicated nurse, and the responsible one (usually).
So catching a ride after a night of drinking makes good sense.

Except when that ride is loaded silver fox Landon Leggatt.
And OH, did I ride.

But afterward, the jerk acted like nothing happened between us,
And left me wondering if the sparks were only in my head.

I thought I’d gotten over him, until he hurts his ankle,
And my best friend calls in a favor for my professional help.

Now I’m stuck looking after this brooding grump,
And still pissed that he could forget me so easily.

But one look has my heart beating faster than his Ferrari,
His hand stroking down my arm gives me full body chills,
And I’m back in his bed again.

This was wrong on so many levels, and now I’m at a crossroads:
Lose him,
Or lose my best friend.

And things just got much more complicated,
Because now I have to tell my BFF a half-sister is on the way…

Baby by my Best Friend’s Daddy is a deliciously steamy age gap standalone romance guaranteed to give you the ultimate tingles. No cheating and no cliffhangers, only a highly satisfying HEA for all.

END_OF_DOCUMENT_TOKEN_TO_BE_REPLACED 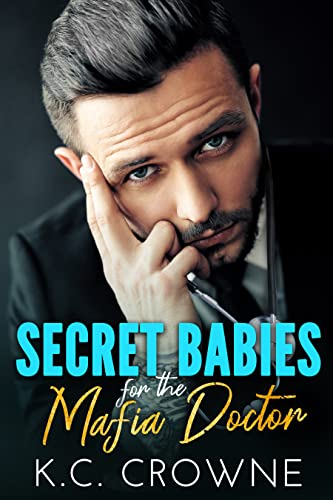 About Featured Book: Secret Babies for the Mafia Doctor by K.C. Crowne

A dark and enticing invitation,
On a yacht overlooking the Mediterranean Sea.
I allowed a complete stranger to dominate me.
And he gave me a gift that changed my world forever.

I assumed we’d never meet again.
And I certainly didn’t expect to find him in my delivery room.
Maybe now I’ll tell him?!?

But it’s becoming abundantly clear Doctor Dangerous has a few dark secrets of his own.
Like his long history with the Greek mafia.

Now my baby daughters’ lives are in danger and I’ll do whatever it takes to protect them. Even if that means walking away from the man of my dreams. 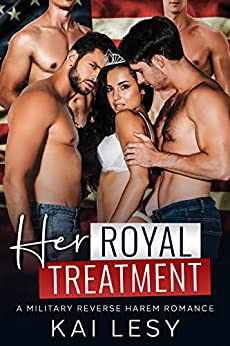 About Featured Book: Her Royal Treatment by Kai Lesy

It’s like being cherished. Worshipped and unbelievably fulfilled, by four of the most beautiful men I’d ever laid eyes on. All at the same time.

The King ordered me to lock down.
In my country, his word is final – especially for the Princess.
I’m both infuriated and screwed!

My anger transforms into curiosity when my eyes fall on my protectors.
Four ex-military mercenaries. Brothers by war.
Now they’re laying down the law.
Ordering me to bunker down with them,
In a remote mansion in the mountains.

And as the snows continue to fall…
Danger lurks around every corner,
My survival depends upon complete cooperation.
But I’ve never been one to take orders.

Yet as I’m faced with my own budding attraction for exactly the type of men I push away from,
And the obvious backlash that would come from such a scandalous affair…

I find myself saying one thing: Screw it. Now I get to call the shots. 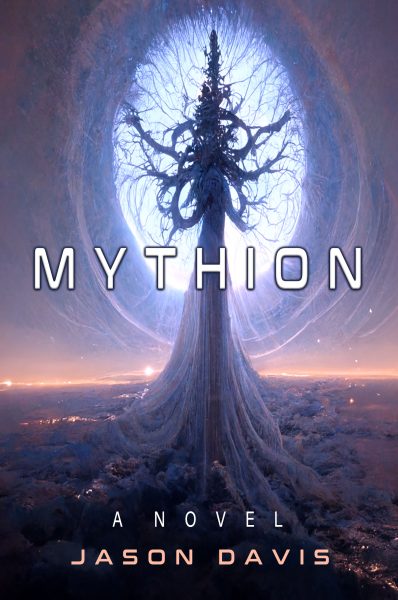 When Gavin finds himself in a hospital with no memory of how he got there, he soon finds himself being escorted into an RPG psychotherapeutic marvel to heal his immuno-compromised body as well as to treat emotional traumas preventing him from becoming a truly powerful and effective person.

That RPG marvel takes place in a quantum-created alternate reality called Xenxu, a lush, immersive utopia with its own AI citizens, laws, and culture, where humans are the guests. Along his journey, he will be assisted by several mentors, both AI and human, and even future versions of himself. A powerful feminine alien presence also takes a primary role in his unfolding.

As Gavin earns both mental and physical upgrades, he undergoes superhero-like exercises, earning many achievements in the game world and unlocking new abilities in the real world. But he soon realizes something dark is happening in the background when a shadowy military organization begins stalking him.

Gavin finds himself at the center of a mystery bigger than he could have ever imagined. One thing is for certain: he’s being groomed for something big, and when alternate realities begin bleeding into the real world, he alone may hold the key to saving humanity.

Armed with incredible, mind-bending powers, his destiny will culminate in a final mission that is out of this world. 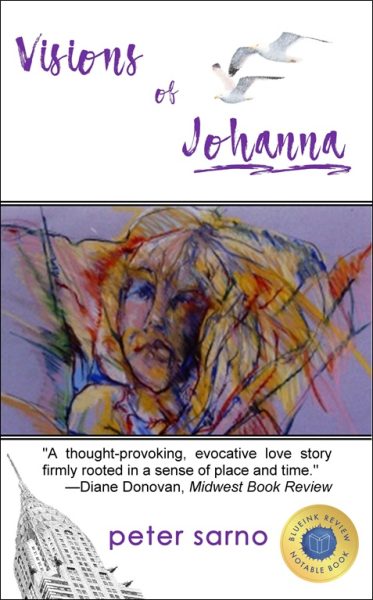 About Featured Book: Visions of Johanna by Peter Sarno

"A beautifully written literary novel . . . Sarno's use of metaphors and lush language draws readers into the story . . . [who] may shed a tear or two before the final page is turned."
—BlueInk, Starred Review

Johanna, an artist, and Matt, a music critic, couldn’t be more different, but by a simple twist of fate, she plucks him from a crowd at a Dylan concert. What follows is a heady and intense relationship buffeted by the usual suspects that gently rocked the ‘80s. Matt’s lessons in art—as well as life—at the hands of Johanna, drive the novel into pockets of feminism and quiet revolution. All of this is tempered by deeply held traumatic secrets that torque their intimacy.

Yet it's Revere—and not Boston—that remains one of the underlying attractions in "Visions of Johanna". This north shore backdrop brings Matt into full focus—a child in a city of recent immigrants, life by the ocean, the bilious flavor of the Mob are just some of the elements rendered in skillful detail. Johanna, a renegade from Wisconsin—freewheeling and hyper-energized—draws Matt out of his comfort zone and into her world.

A meditation on art and unrest, "Visions of Johanna" celebrates life, love, memory and the undying power of the deep connections that sustain us. The novel follows Johanna and Matt as they pursue their dreams to paint and to write. But burdening problems collide with these artistic desires and other forces conspire against them. Ultimately, the two are done in by their inability to share aspects of their past they believe they must hide from.

The novel travels through time and social unrest to the final moment hinted at in the prologue. Within this book's pages, tragedies haunt, acts of moral goodness manifest themselves, and benevolence reigns with a finality that absolves all.

“This would be a perfect book club book. With questions that address the concepts of faith and hope to the efforts put towards the women’s movement, there is a lot that can be talked about…Detailed, wonderfully written, and thought-provoking, 'Visions of Johanna' will have readers thinking long after they put the book down.”
— Kristi Elizabeth, Manhattan Book Review 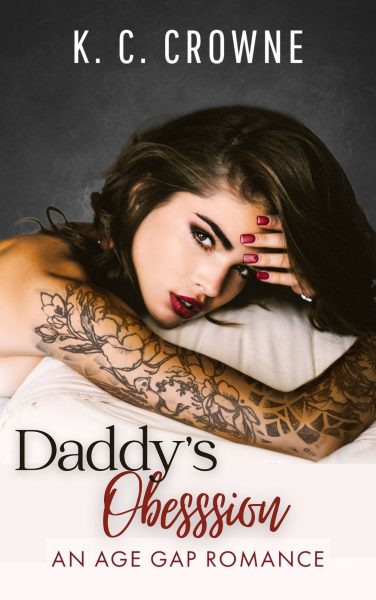 Not what I expected from an old friend.
But when I locked eyes with her, there was no turning back.

Raquel was special.
A magnetic sensual beauty.
And the strength of a lioness.

The loss of my wife left my little girl and I empty.
Now Raquel is proof that even a monster can escape his own darkness.

But someone’s after her.
He’s a feared predator,
But I’m his worst f*cking nightmare. 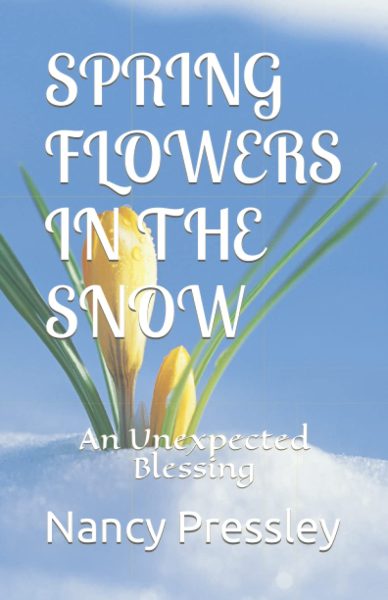 About Featured Book: Spring Flowers in the Snow: An Unexpected Blessing by Nancy H. Pressley

One rarely expects to begin a new and exciting chapter when you have walked the earth more years than the average life span.
The following is the story of an exception to the usual. For two septuagenarians, the holiday season of 2016 brought an unexpected blessing.
An intelligent but introverted girl seeks to find her place in the world as she moves in and out of uncomfortable roles until finally discovering a fit, including a soul mate and purpose, in the fourth quarter of life. 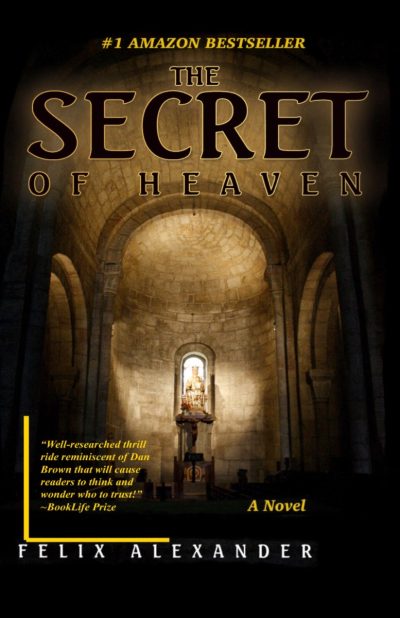 The Secret of Heaven by Felix Alexander

A lost Bible dating back to the time of Christ, and written by one of his disciples, is at the center of the murder of disgraced investment banker, Lazzaro de Medici. Wanted for questioning in connection to the murder, Professor of Biblical Studies, Aiden Leonardo races against the clock to find the lost Bible, while flying from the F.B.I., the Chicago PD, and a secret organization intent on destroying the ancient relic and tying up loose ends.
With only an encrypted letter and the help of his fiance, Miriam, and their close friend Nagi, Aiden utilizes his extensive knowledge of scripture to unravel the clues and find the secret of heaven, lest it be lost to forever.

END_OF_DOCUMENT_TOKEN_TO_BE_REPLACED 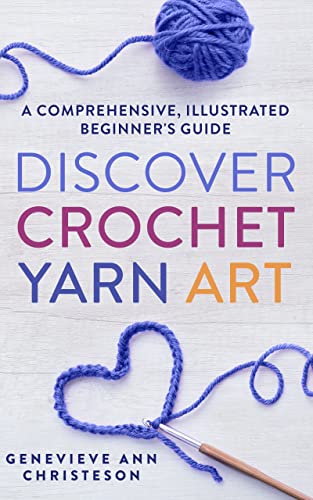 There’s a certain appeal to hobbies that let you make extraordinary objects out of simple things – and crocheting easily dominates this creative DIY space.

One of the most popular crafts enjoyed by people of all ages and walks of life – including celebrities – crocheting hits that sweet spot of being the perfect productive pastime that is unbelievably affordable.

And this art – honed with time and expanded by various cultures – offers more than just an outlet for your creativity. Along with the feelings of happiness and pride, this simple craft has been reported to benefit people in many ways, such as:

● Giving a sense of accomplishment
● Reducing stress and anxiety
● Improving self-esteem and self-confidence also opens you up to a secondary source of income – you can sell your crochet projects to earn money.

Not bad for a hobby, right?

But if there’s a hint of doubt in your mind that, having never picked up a hook, you will get lost in the threads, then no need to worry. In this guide modeled for beginners, you’ll embark on a journey to bring out your inner crochet wizard as you discover:

● Crochet Art 101 – prime yourself with the absolute basics and master techniques stitch-by-stitch in a highly detailed yet friendly way
● A brief history of the origins of crochet and various cultures that influenced it into its modern avatar
● The surprising benefits of crocheting – from stress relief to an increase in productivity and focus, including business opportunities as a side hustle!
● An accessible, easy-to-use guide to deciphering the challenging crochet patterns and various techniques (along with a handy symbol chart)
● 7 essential stitches to practice and master, with several unique stitch patterns to spice up your projects
● A comprehensive tools and materials list to help you get started right away (from crochet hooks to yarn types and more)
● 11 easy-to-crochet patterns, from fashion staples like scarves to household items and even Amigurumi toys!
And much more.

This deeply rewarding hobby is perfect to not only help you stay relaxed and mindful, but also allows you to express your artistic side through deeply creative yet practical projects. What’s more, the guide also comes with clear instructions and tips for left-handed crafters.

This Non-Fiction book is available in these Formats: eBook, Print